Created in the 16th century by the famous Paracelsus, this bitter digestive liqueur proved to have so many medicinal properties that in 1850, a Swedish doctor began to produce it under the name "Elixir du Suédois" (the Swedish Elixir) and used it to heal all kinds of ailments. Later, Dolin created their own formula for the miracle drink, making the Dolin Suedois elixir a reference in the field. Myrrh, gentian and orange are some of the ingredients of this bitter whose use has now gone beyond being a grandmother's remedy to being a delicious bitter used in popular cocktails around the world. 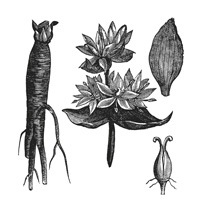 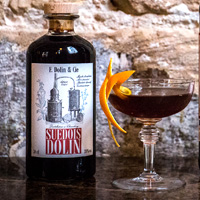